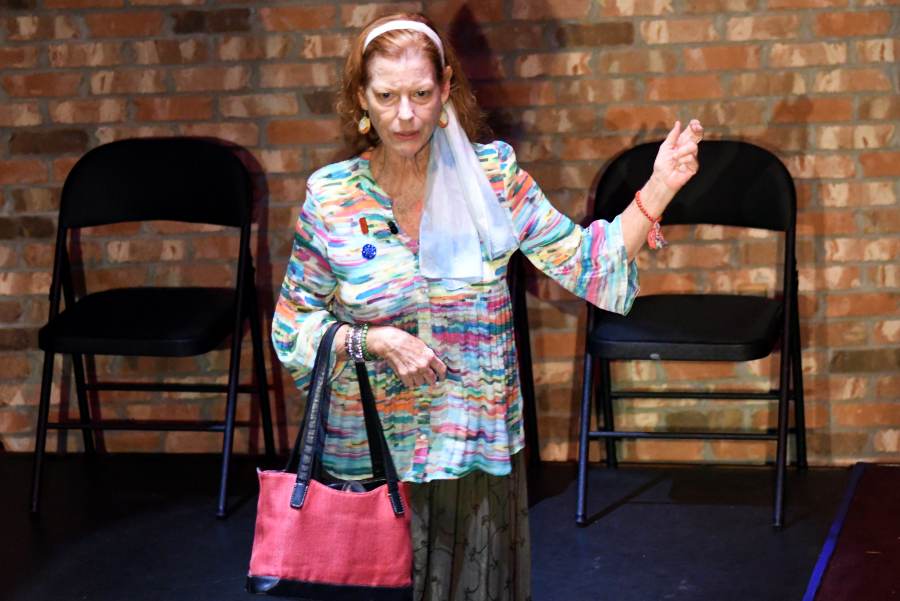 Three generations of women — the eccentric, hold-out-hippie grandmother, her conventional daughter, and the Goth granddaughter who is fed up with both of them — take a Sunday ride. A story about the tension, humor, affection and near-demented discord of families; the journey of mothers and daughters; in-jokes, embarrassment and eyeball rolling; but also the concerns and terrors of living under — and living with someone within — the shadow of encroaching dementia.

To twist a sentence of Tolstoy’s, all happy families are alike, but every unhappy family bickers, snaps and snarls in its own unique way. Considering local playwright/event producer/restaurant critic Joseph Reed Hayes’ facility with language, the three women at the heart of his new play, A Slow Ride, are sure to quarrel with style." — Orlando Weekly

"Sometimes, I'll sit down and, let's say, do a crossword puzzle. You know, think I'll do a crossword, perfectly normal. Then I'll get to a word I don’t know, I try to think of it, and it’s like all the barricades in my head come down, everything I've seen and done and said and thought, it all floods into my brain, all at once, I can't stop it and I can't grab hold of anything, the dam bursts, I don't know where I am or what I was doing or who I'm supposed to be. It makes me feel like. It makes me feel like. Like I've lost myself, like there's no time left, it's all over, my life is over. Then it goes away. The day ends, another day begins, the sun comes up, I'm sure I'm going to live forever. And I can't tell you how depressing that thought is."

The fourth premiere theatrical performance on the Timucua white house stage, A Slow Ride takes itself comedically but touches the audience in a very personal way. There are a multitude of heartfelt connections for the audience, so many people seeing their mothers or daughters and the struggles and joys they go through every day. Some of it is hard to see portrayed on a stage, but affirming at the same time.

A COMPANY OF ECCENTRIC BEGGARS PRODUCTION

Comedy/drama. One Act, 70 minutes. Three actors, late teens to 60s. Can be done with minimal set. 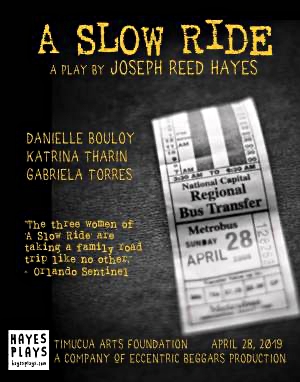 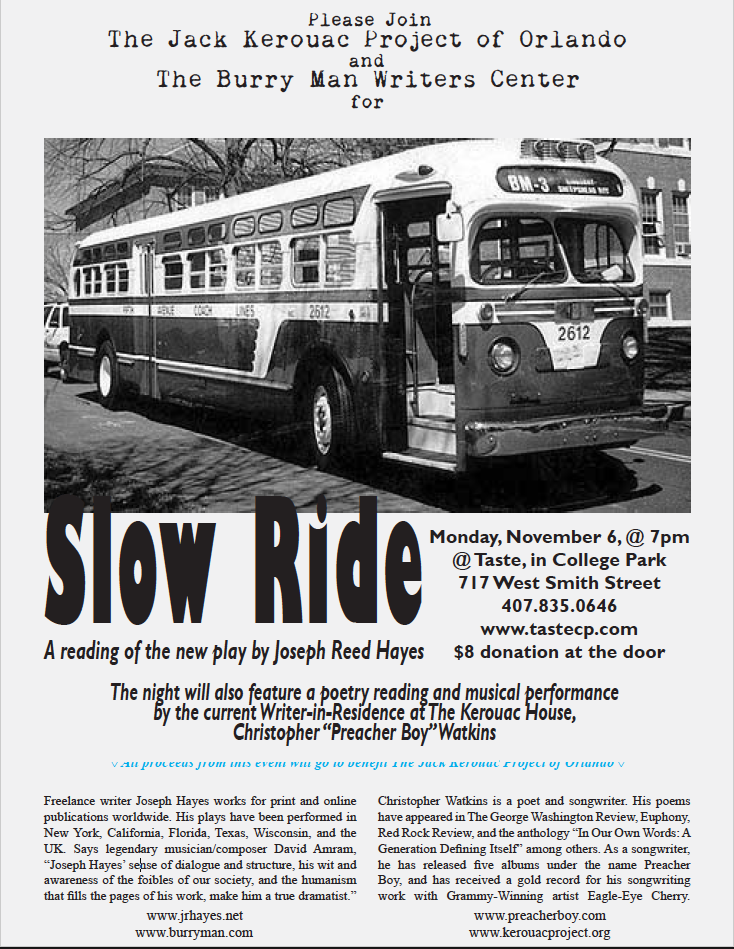 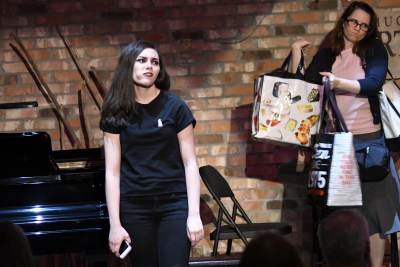 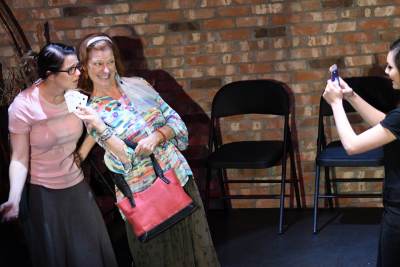 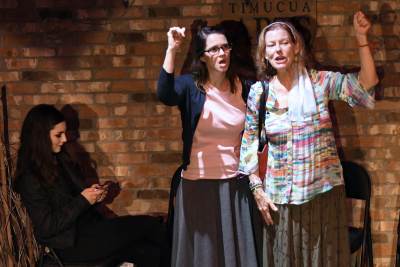 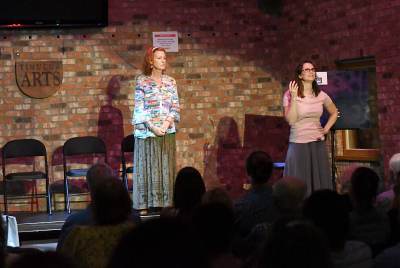 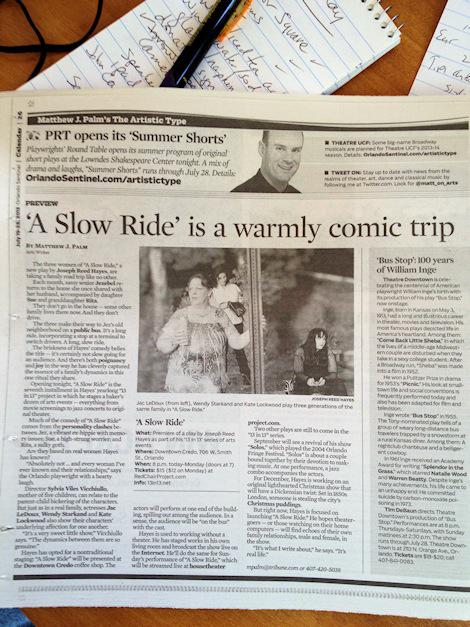 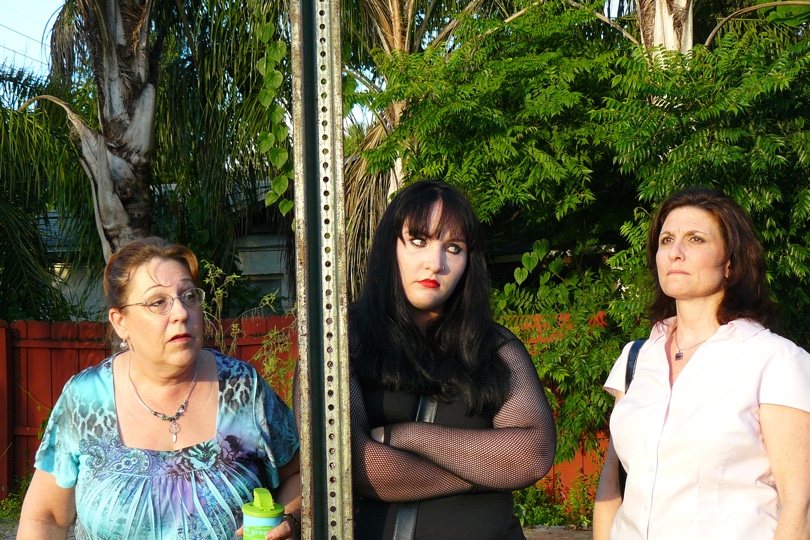 My plays take place on buses and in bars, in hotel rooms and government offices, farmhouse kitchens and jazz stages. 45 productions and readings of my plays from coast to coast and in three countries since 2001; creator of House Theater Project and the year-long 13in13 series of shows. "Best local playwright: Joseph Hayes" - Orlando Sentinel