IF I HAD MY WAY

The opening — and closing — chapter of The Hayes Project, a year-long series of events bringing this play of family, history and hope to an Orlando stage. 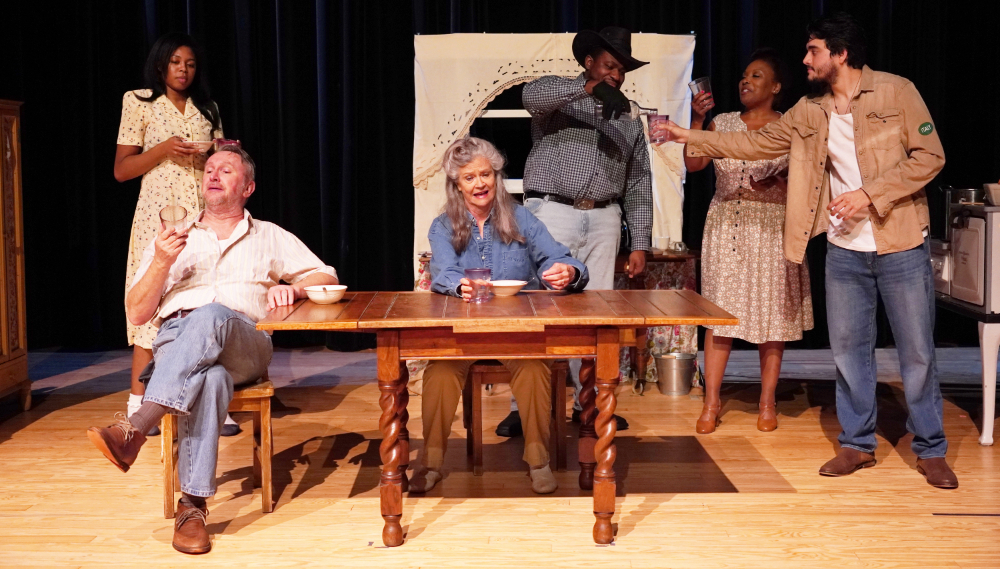 Laughter, tears, music, pride and fear; strong women and willful men; longing and unrequited desires; family and home; the past, the future and the magic of citrus blossoms.

A young woman, Margaret Perry, educated in the North, reluctantly returns to her childhood home to care for her ailing mother. Finding herself in the same ranch kitchen where her mother and grandmother toiled all their lives, she resents every aspect of her situation, rejecting friendship and suitors, until her abrasive and bitter attitude is broken by a person she considered invisible: the Italian POW, Piero Alloca, brought to the ranch as replacement help.

MARGARET:
Me and my sister Mae would sit in this kitchen, babies hid invisible under this table, watching with wide eyes through the forest of big people legs, talking about their big people business. The magic of Mama’s slim hand appearing over the heavy tabletop to conjure a carrot chip or stray flake of fried batter as we heard lord knows what coming out of their mouths, then we would slip out and fly like wild birds among the trees, giggling at all the words we didn’t understand.

America is still in the grips of the War, not knowing Germany will surrender within months. A combined cattle operation and citrus grove in an unnamed Central Florida town (based on Kissimmee), the ranch is owned by Nathaniel and Alicia Jamison. At the time, Central Florida is the country's great seat of citrus and cattle ranching, long before the Texas longhorn exodus and theme parks took over the local tourism industry.

And then the citrus groves bloom, and during one magical, perfume-filled night, every relationship in the house changes. Set in 1940s Florida, where the realities of WWII and its drain on local manpower meant a shortage of workers on local farms, a shortage addressed by the US Army by "lending" residents of area POW camps to fill the gap - Kissimmee Air Base was developed as an Italian detainee camp and became such a part of local community that POWs would often be seen shopping in downtown Kissimmee and even going to the movies. 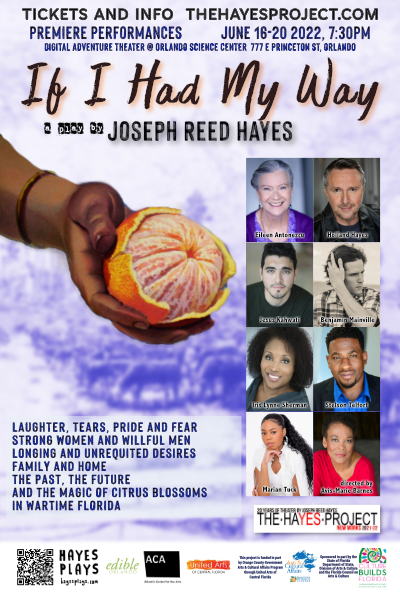 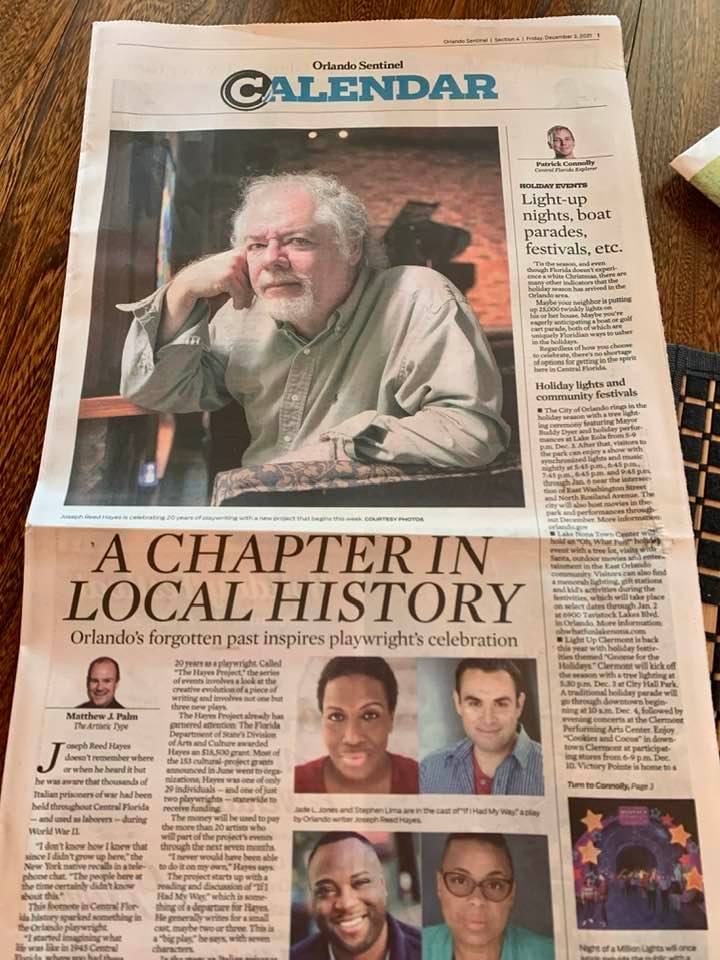 The Hayes Project is sponsored in part by the State of Florida, Department of State, Division of Arts & Culture and the Florida Council on Arts & Culture

Special thanks to
Orlando Science Center

My plays take place on buses and in bars, in hotel rooms and government offices, farmhouse kitchens and jazz stages. 50 productions and readings of my plays from coast to coast and in three countries; creator of House Theater Project and the year-long 13in13 series of shows.