The premiere production at the legendary Timucua White House, continuing a series of exclusive plays and opening a new chapter in Timucua programming by launching the Saturday Afternoon Community Series matinees. 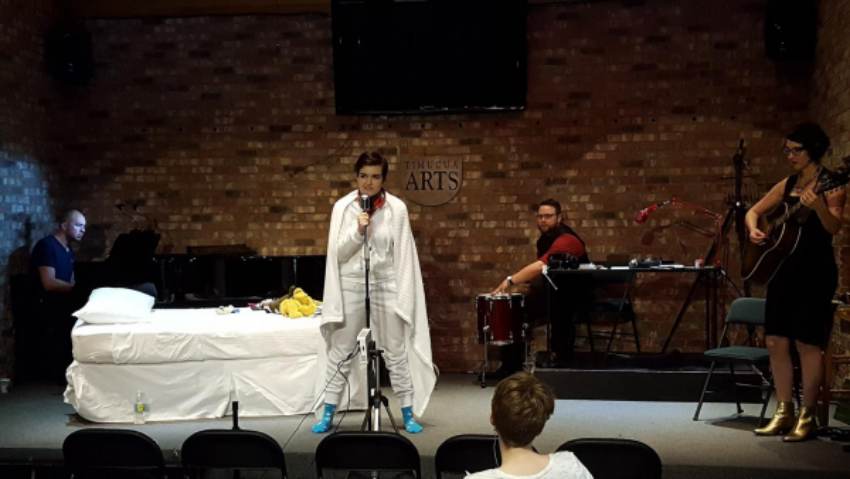 Two people in two little rooms.
A young woman, a bed, an unseen voice, music in the night.

When we meet Truly in her room at the end of the hall, she is on her way to recovery, having spent years in and out of hospitals combating serious illness since she was a child. She'll be going home soon, with every likelihood of a "normal" life. And that idea terrifies her - when the struggle is gone, when the life ahead can be lived apart from the identity of illness, it is a foreign country, a distant planet without the "thing" that has defined you.

TRULY: Every doctor has their own specialty, you know? I’m not a person, I’m a questionable liver, or I’m a bad brain, or I’m an undiscovered condition that they know is the problem. Last year, they were examining my eyes, and the doctor just kind of said, “You have remarkably small pupils.”
DOC: I’ve never heard of that.
TRULY: Neither have I.
DOC: You could look it up—
TRULY: I know, I could look it up. Google is older than I am, for god’s sake. But the difference between knowing and wanting to know … I don’t want to know why my pupils are remarkably small, what am I supposed to do with that information?

Truly deals with her uncertainty by writing bad songs, reading odd old books and communing with an unseen voice in the night.

"DOC" MILLER, an old-school late-night jazz radio announcer, a world-weary storyteller who connects with this person from his own little room.

THE SOUNDTRACK: Played on piano from the moment the show start, a combination of structured music and improvisation. The rhythms run from very complicated and percussive to simple and pure. The characters are differentiated by the soundtrack; pushing, innocent, at times chaotic for Truly, varied forms of jazz for Doc. These lines merge as we progress.

"THE VOICE": Sung live, a bumper for the scene changed, wordless bridges between rooms, buffering the beginning and end of the “radio” parts.

Following the standing-room-only Timucua production of Tom Waits For No Man, and the premiere of Bucket Boy, we returned to the White House for the original play Destination Moon. It featured the piano work of John O'Leary (La Lucha), who performed his composed and improvised "soundtrack" live on stage.

A COMPANY OF ECCENTRIC BEGGARS PRODUCTION

A play with music. Full length 90 minutes. Two actors: one female 16-20; one male actor 30-50; piano and guest vocalists. Can be done with minimal set. 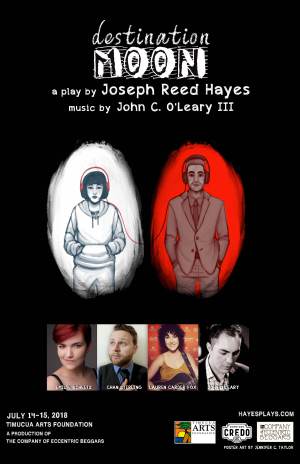 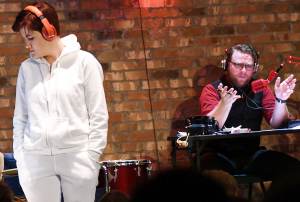 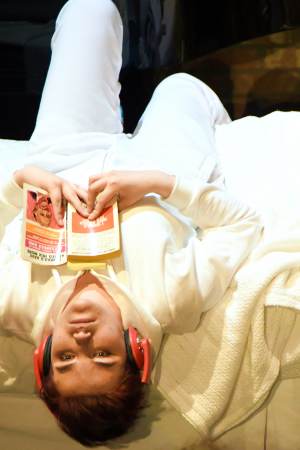 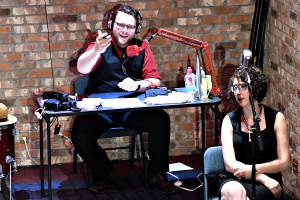 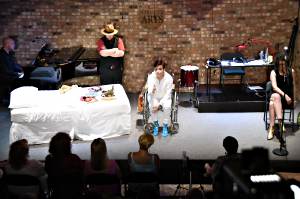 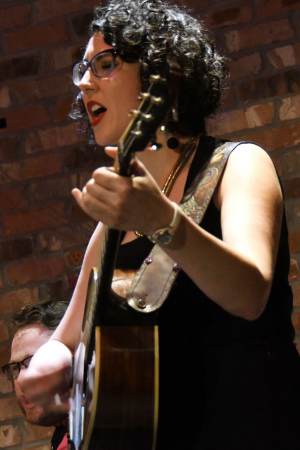 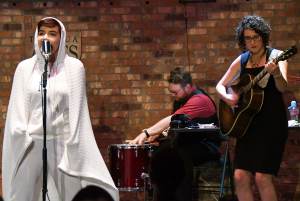