Another full house at the legendary Timucua White House on July 16, 2017, for the concert preview of Bucket Boy, streamed live on the internet to a worldwide audience. 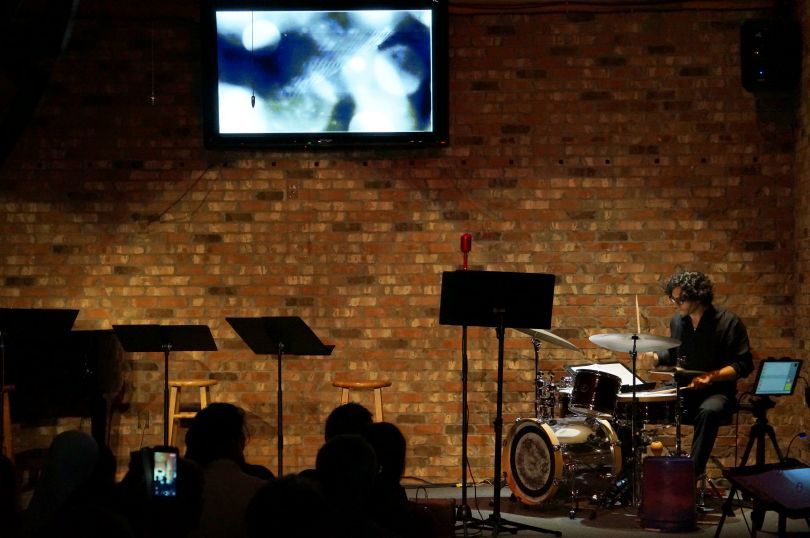 A play by Joseph Reed Hayes is a welcome oasis of cultured smarts." — Orlando Weekly

Nadra is a spoken word performer working the streets of New York, along with a drummer, Elvin, who is the Bucket Boy. She has a moment of crisis and escapes the city to return to a place that, in her mind, was her happy time - high school. So she goes back to her hometown to rekindle a relationship with Julia, who has remained in the town. Unfortunately for Nadra, this relationship existed more in her fantasies than reality, and therein hinges the story. The three struggle with the difference between what they think is true, and what actually is the truth.

JULIA: I feel like there’s this “secret handshake underground”, if I knew the right way to say hello all these new and wondrous things would open up for me.
BUCKET BOY: There sort of is—the handshake underground. Like, once a month, the really hip folks get together and they decide on a new handshake, some combination of fingers and hands and a flip of hair and within 24 hours word spreads all over the world and all the cool people are slapping their palms and banging shoulders together on two and four.
JULIA: Yeah, see, I don’t even get that reference.

Following the successful 2015 Timucua production of “Tom Waits For No Man”, we returned to the White House to premiere, “Bucket Boy”, featuring unexpected performances from poet, filmmaker, public performer and educator Gloria Muñoz as Nadra, actress and drama coach Alison Burns as Julia and award-winning drummer and percussionist Mark Feinman as The Bucket Boy, with a guest appearance from oboist Beatriz Ramirez-Belt.

A COMPANY OF ECCENTRIC BEGGARS/JAZZ ON EDGE COPRODUCTION

A play with music. Full length 90 minutes. Two female actors, one male actor; drums and percussion with guest players. Can be done with minimal set. 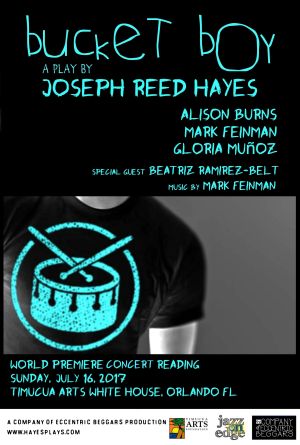 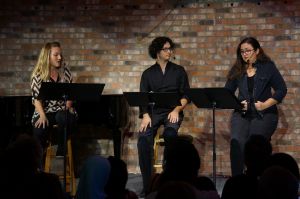 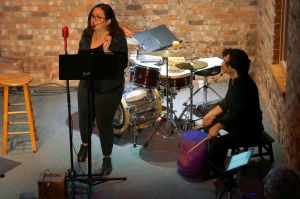 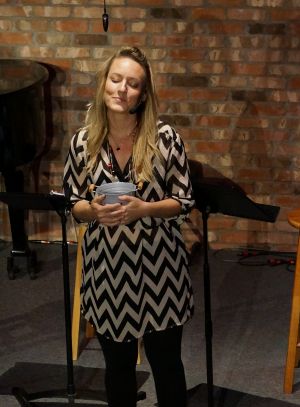 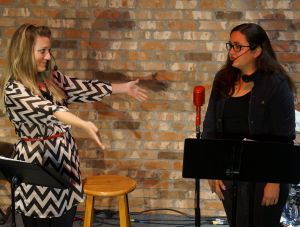 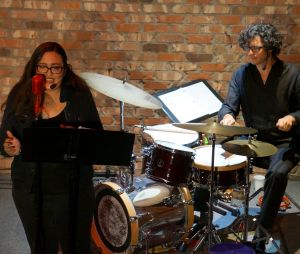